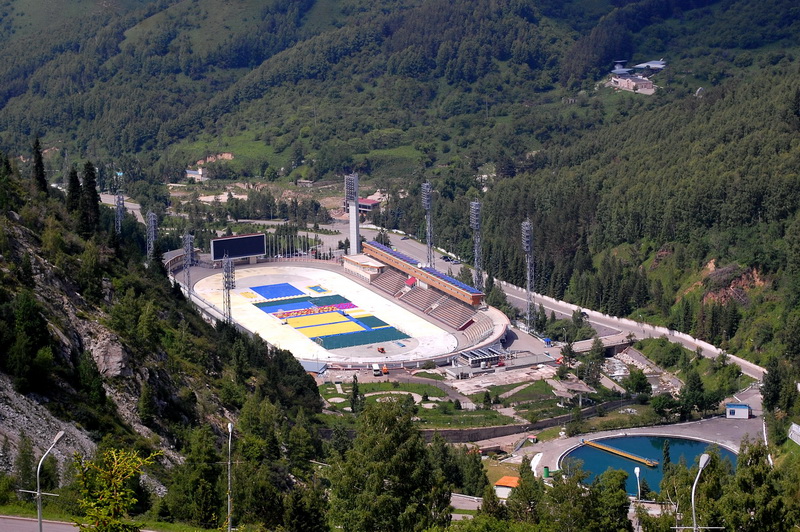 1. Medeu. This high-mountain skating rink is the glory of the USSR, which thundered around the world. On Medeu, the famous athletes have established more than 120 world records. The complex was built in 1972 at an altitude of about 1700 meters above the sea. The area of ​​the ice rink is 10.5 thousand square meters.

Also, the ski resort “Shymbulak”, the same “Chimbulak” – another symbol of the city, located at the Zailiysky Alatau. It is opened in 1954 as a training base for Soviet skiers. All-Union competitions were held there, and athletes had to ski uphill for about three hours, while the descent lasted only 15 minutes.

2. The Big Almaty Lake. It is located at an altitude of 2510 meters in the gorge of the mountain river Bolshaya Almatinka, in a hollow surrounded by mountain peaks. Near the BAO there are the Big Almaty peak (3680 m), the Peak Sovetov (4317 m) and the crest of the pyramidal peak of Big Almaty (3681 m). This lake was made as a result of several earthquakes. its changes the color depending on the season (from blue to the light green). 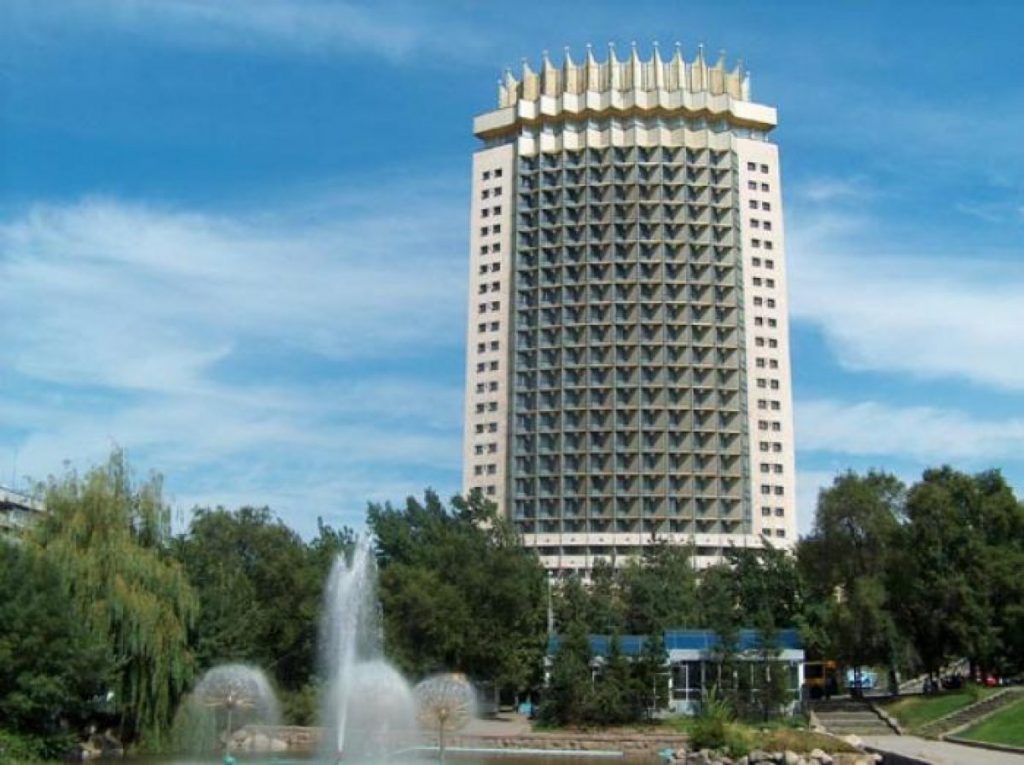 3. Hotel Kazakhstan. It is the first high-rise building erected on Kazakh land. The high of it is 102 meters, which has 25 floors . It was built in 1977 on the unique Japanese technology,
withstand an earthquake of up to 9 points (since Almaty is a seismically dangerous city). 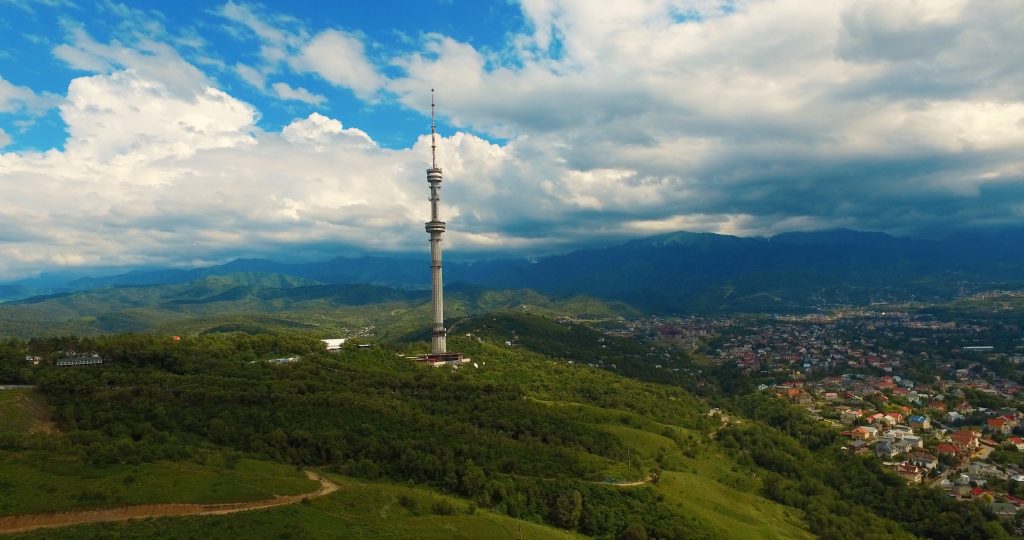 4. Kok-Tobe. Located at the very top of the mountain Kok-Tobe (its peak is 1100 meters). You can get there not only by car, but also by cable car, length of 1620 meters. They opened the complex in the late sixties. Now in the park “Kok-Tobe” there are restaurants, attractions, a zoo, exotarium, fountains and “Alley of Lovers”. 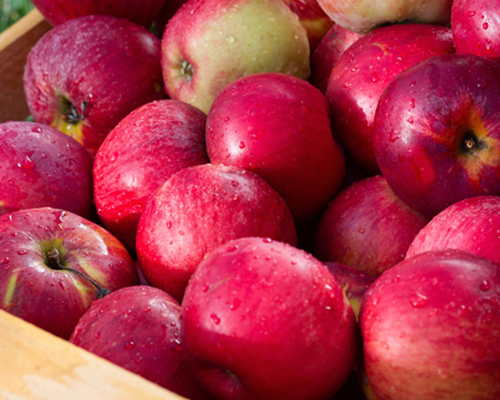 5. Aport apples. Undoubtedly, the apple is the leading symbol of Almaty.  In the city, aport is immortalized in painting, sculpture and architecture. In 2009, the National Bank of Kazakhstan even issued a 500-tenge collectible coin, called “Almaty Aport”, where apples were engraved. 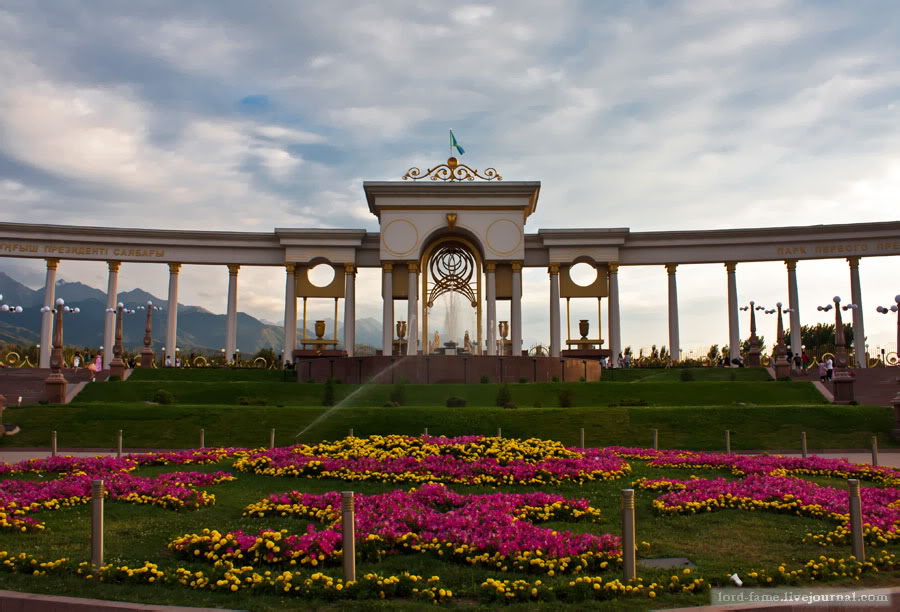 6. President’s Park. The park area is 73 hectares. It consists of dendrological areas, avenues and boulevards. In honor of the Almaty run in the Olympic torch relay (Beijing 2008), more than 100 registered firs and birches were planted in the park. Moreover, In 2011, Tien-Shan firs appeared here. Also, on the territory of the arboretum grows an oak, which was planted personally by Nursultan Nazarbayev (2001). 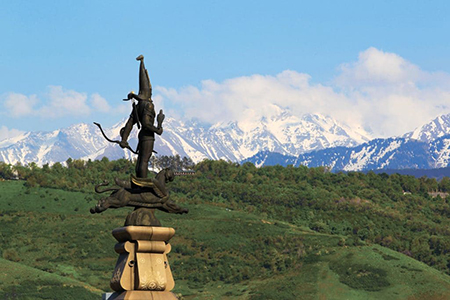 7. Monument of Independence. The complex is horizontally stretched for 180 meters. In the center there is a vertical plastic stele, which resembles the relief Mangyshlak kulpitas. The height is 28 meters. It ends with the figure of the “golden man” six meters high, which is depicted in the form of a ruler. The man runs a winged leopard. It symbolizes strong power in the country.